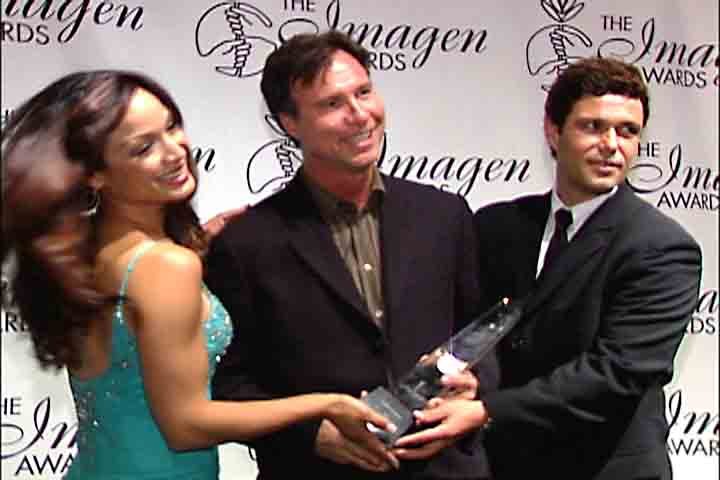 In Recognition of Its Positive Portrayal of Latinos In the Media, the Bilingual Youth Network’s Live Entertainment Program Wins in the “Best Television Variety Special” Category

LATV’s popular prime time program “LATV Live” won an Imagen Award for ‘Best Television Variety Special’, beating out programming from networks like SiTV and Fox Deportes en Espanol.  The Awards, presented in 17 categories by the Imagen Foundation, were established in 1985 to encourage and recognize the positive portrayal of Latinos in all media, and to increase Latino representation at all levels of the entertainment industry.  LATV had the greatest presence of any network in the category, with nominations for both “LATV Live” and also its sister program “Mex 2 The Max.”   The 20th Annual Imagen Awards Gala was held on June 17th at the Beverly Hilton Hotel in Beverly Hills.

Hosted by Patricia Lopez, LATV’s “Mex 2 The Max” is a show that features a unique twist on regional music.  The program includes interviews, in-studio performances, and videos from the stars of the genre like Vicente Fernandez, Thalia, Tigres del Norte, Banda Recodo and Lupillo Rivera, as well as artists that are integrating elements of regional music to create pop hits of their own like Paulina Rubio, El Gran Silencio and Café Tacuba.

With its groundbreaking mix of English and Spanish language music and lifestyle programming, LATV has solidified its standing as a leading network among bicultural Latinos in Los Angeles, America’s largest metropolitan Hispanic market.  The Network’s content is predominantly in English, targeting bilingual Latino youth.  Each week, LATV has a live in-studio audience.  LATV is the only network airing on basic cable in Los Angeles that reaches the highly sought-after bicultural demographic.   .