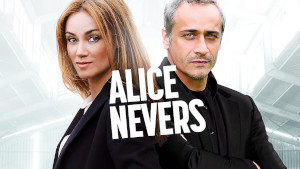 Starting this month Alice Nevers, a 2019 French television series in French with English subtitles, will become available on Mhz Choice, a subscription streaming platform popular among audiences with a taste for international episodic programs and films. A screener of the first episode was provided by the streaming service.

The six episodes star Marine Delterme as Alice Nevers, an investigating judge and single mother returning from maternity leave, and Jean-Michel Tinivelli as Fred Marquand, her policeman partner. A Mad World, the first episode, centered on a mental health case, hints at a possible romance between the two colleagues. It was directed by Rene Manzor and produced by Ego Productions “with the participation of TF1.”

Professor explores ways ageism is woven into our beliefs, its effects on our health 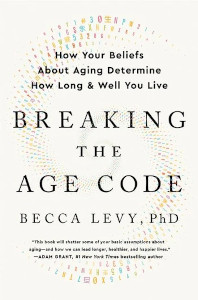 Becca Levy, Ph.D., professor of Epidemiology, Yale University, is convinced ageism affects the health and longevity of many, particularly in the United States where ageism is pervasive and absorbed from an early age. In Breaking the Age Code How Your Beliefs About Aging Determine How Long and Well You Live (William Morrow, $28.99), a 294-page hardcover book published in 2022 she outlines her thoughts on the subject. The book is divided into 10 chapters and four appendices.

In her book she describes four ways ageist principles become entrenched into our beliefs and guide our self dialogue and behavior before we reach old age; she explains some of her research findings and the conclusions she and others have drawn about the elders among us, including ways in which they surpass younger individuals; and proposes steps to address and halt the harmful effects ageist beliefs produce.

In the United States ageist thoughts have been identified in children as young as three, according to her book. Adopting ageist beliefs as children makes them part of a person’s long term stereotypes, she says, pointing to a study of Canadian and American teenagers who already see old people as “slow and confused.” In Chapter 1 she identifies three pathways ageism follows: psychological, behavioral and biological. Negative age beliefs, she says, can increase stress and that in turn might lead to an earlier death than in the absence of such beliefs.

Ageism combined with other prejudices and related behaviors, such as sexism and racism, for example, can aggravate existing conditions, she says in Chapter 8. In Appendix 1 she addresses ways readers might boost positive age beliefs; the following appendix examines structural ageism such as the exclusion of older people in clinical trials even when the trials are for illnesses that afflict mainly older adults. The author declined to respond to multiple email requests via her publisher to answer questions or be interviewed.

According to her bio Levy is also professor of Psychology at Yale University; she has testified before the United States Senate on “the adverse effects of ageism;” and “serves as a scientific adviser to the World Health Organization’s Campaign to Combat Ageism. 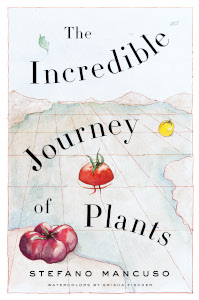 The Incredible Journey of Plants

In The Incredible Journey of Plants (Other Press Paperback, $17.99) Stefano Mancuso, an Italian neurobiologist and author, shares stories about how plants have thrived in varied and sometimes harsh environments around world. The original title was published in Italian in 2018 and the English translation was published in 2020.

The 158-page paperback book, peppered with watercolor illustrations by Grisha Fischer, was translated into English by Gregory Conti. Written in an easy to read, engaging yet stress free style the book is divided into six chapters: Pioneers, Combatants and Veterans; Fugitives and Conquerors; Captains Courageous; Time Travelers; Solitary Trees; Anachronistic, Like an Encyclopedia.

Described in a press release as “one of the world’s leading authorities in the field of plant neurobiology, which explores signaling and communication at all levels of biological organization,” Mancuso is a professor at the University of Florence who has published more than 250 scientific papers in international journals. His previous books include The Revolutionary Genius of Plants: A New Understanding of Plant Intelligence and Behavior and Brilliant Green: The Surprising History and Science of Plant Intelligence.

According to promotional materials Conti teaches English at the University of Perugia and is a regular contributor to Raritan. Recent translations include Seven Poems by Elisa Biagini, The Fault Line by Paolo Rumiz, and A Soldier on the Southern Front by Emilio Lussu.

Roger Osorio, author, The Journey to Reinvention, about career reinvention 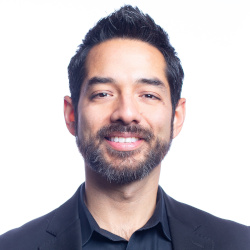 A podcast interview with Roger Osorio, author, The Journey to Reinvention – How to Build a Life Aligned with Your Values, Passion, and Purpose, is available in the Podcast Section of Hispanic Marketing and Public Relations, HispanicMPR.com. During the podcast, he discusses career reinvention with Elena del Valle, host of the HispanicMPR.com podcast.

According to his bio Roger is a reinvention expert, and founder of The School of Reinvention, a community-based coaching platform that seeks to empower people to launch and succeed in personal and career reinvention.

Roger worked for a Fortune 500 company in marketing and sales. In 2008, after falling in love with a part-time job tutoring math, he quit his day job to reinvent his career. Since then, he earned a masters degree in psychology and became a middle and high school math teacher, international speaker, executive coach at a tech company, University of Pennsylvania and Sarah Lawrence College educator, entrepreneur, and author. Along his journey to reinvention, Roger’s clients have included: Google, LVMH (Louis Vuitton Moet Hennessy), Citibank, The World Bank, IBM, and the Computer Electronics Show.

To listen to the interview, scroll down and click on the play button below. It is also possible to listen by looking for “Podcast” then select “HMPR Roger Osorio” and download the MP3 file to your audio player. You can also find it on the RSS feed. To download it, click on the arrow of the recording you wish to copy and save it to disk. The podcast will remain listed in the November 2022 section of the podcast archive. 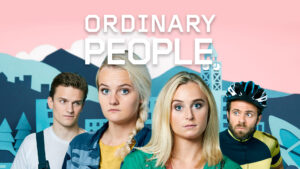 The series, in Icelandic with English subtitles, centers around their friendship. Vala, a destructive and difficult to like character, seeks an acting career. Júlíana stepped away from acting choosing to have two children with her husband Tómas (Halldór Halldórsson), an aspiring entrepreneur. Vala, who had hoped to host a TV program of her own, is only offered the role of sidekick. Her friend received the opportunity of main host, making Vala unhappy. 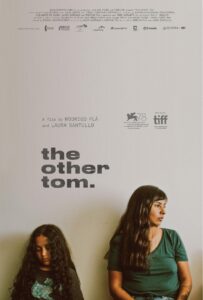 The Other Tom poster

Outsider Pictures is releasing a new production in New York October 14, 2022. In The Other Tom filmmakers Rodrigo Pla and Laura Santullo present a painful to watch 111-minute drama of Elena, a single mother in El Paso, Texas, and Tom, her nine year old son who teachers identify as a problem child. Their lives, already stretched financially and emotionally, take a turn for the worse after he is diagnosed with Attention Deficit Hyperactivity Disorder (ADHD). The film explores the controversial diagnosis, subsequent prescription of psychiatric medication, the school system’s intense pressure on parents to comply with a chemical solution and the concept of excessive medication in childhood. According to a spokesperson it will be available for online streaming.

Julia Chávez plays Elena and Israel Rodríguez Bertorelli plays Tom. The film, in English and Spanish with subtitles, premiered in Venice in 2021 and includes on screen sexual situations. No rating was listed in the press release.

Following a troubling accident Elena becomes concerned about the possible side effects of the prescription medication her son is taking. When concerned for his well-being she stops administering the drugs to Tom, Social Services threaten to remove him from her custody unless he resumes taking the powerful psychiatric medication.

“The fact that we are parents was the single overwhelming motivator in our making this film,” Plá said of his collaboration with wife Santullo on The Other Tom in promotional materials provided via email by a publicist. “It’s nearly impossible these days to remain oblivious as a parent to the myriad of mental disorders and pathologies our children are diagnosed with, based entirely on behavior. It has become normal to create syndromes for behaviors and then develop drugs to ‘treat’ them. Increasingly, overworked teachers demand that their students be put on psychiatric drugs to quell disruption, and more and more doctors oblige, prescribing them like candy…but parents also, out of ignorance or convenience or sheer desperation, may find themselves surrendering to this mindset and medicating their children. This generation carries our hopes, and with this film, we hope to open eyes to a more human approach to helping them to adulthood.”

Chavez is a graduate of the Pearson College UWC in Victoria, British Columbia, Canada. Plá, director and writer, is a Mexican-Uruguayan director, screenwriter and producer. In addition to this production his feature films are La Zona (Venice, 2007), Desierto adentro (Cannes, 2008), La demora (Berlinale, 2012), and Un monstruo de mil cabezas (Venice, 2015). Santullo, director and writer, is a narrative and screenplay writer. In addition to this production her work as a screenwriter includes the feature films Un monstruo de mil cabezas, La demora, Desierto adentro, and La Zona. The Other Tom was produced by Buenaventura Cine and BHD Films.