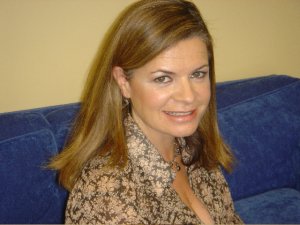 Prior to joining MTV Tr3́s, Lucia worked for IDT Corporation where was senior vice president of Hispanic Marketing and was responsible for formulating Hispanic marketing strategies for the company’s Telecom division. Lucia started her career in Hispanic television 18 years ago at Univision.

In 1989, she embarked on a new career path, working as advertising sales executive for Univision’s Más Magazine. In 1994, she joined Galavision as ad sales director and in 1999 was appointed general manager, assuming responsibility for all of the network’s operations.

During Lucia’s tenure, Galavision’s distribution nearly doubled and the profile of the network’s audience grew amongst the coveted 18-34 year old demographic, making it one of the most popular Hispanic networks in the United States for teens and young adults. Under her leadership, the network pioneered original, U.S.-produced programming for the younger Hispanic demographic, which resulted in high ratings gains in those segments.

Born in Chile Lucia came to the U.S. with her parents in the mid 1970s. She and her husband Michael live in New Rochelle, New York with their two children, Carolina and Michael.

To listen to the interview, scroll down until you see “Podcast” on the right hand side, then select “HMPR Lucia Ballas-Traynor,” click on the play button below or download the MP3 file to your iPod or MP3 player to listen on the go, in your car or at home. To download it, click on the arrow of the recording you wish to copy and save to disk. The podcast will remain listed in the September 2008 section of the podcast archive.