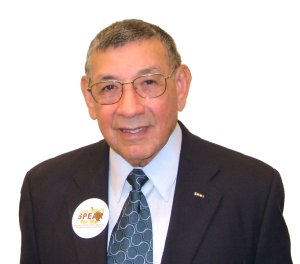 Photo: You Don’t Speak For Me

For many Latinos May 2006, when numerous immigration related rallies and walkouts took place, will be remembered for the solidarity and determination of the Hispanic community. Different generations of Hispanics, and non Hispanics, took part in the demonstrations, from high school walkouts to retired immigrants marching in one of the many rallies throughout the country. Among the reasons they took a stand was to protest the criminalization of immigrants. Many demonstrators were against undocumented immigrants being labeled felons which would happen if some of the proposed legislatin is approved. More immigration related events are scheduled this month as a reminder to the rest of the country of the value and contributions of Latinos to America and a way to urge Congress to take immigration reform seriously. As additional demonstrations surface another Latino voice, albeit a much softer one, has risen with an opposing point of view.

You Don’t Speak For Me (YDSFM), a self described national coalition of concerned Americans of Hispanic heritage brought together by Colonel Al Rodriguez, charges that individuals and groups claim to speak on behalf of the Hispanic community in the United States as a whole without making homeland security a priority. The group is said to include first and second generation Americans as well as recent legal immigrants who believe illegal immigration harms America and guest worker amnesty will do the same.

“Homeland security is not a racial or ethnic issue, nor is it a partisan one. It is a matter of life and death, as current events have once again demonstrated how vulnerable our nation remains to fanatic Islamic terrorists,” said Rodriguez. “Our southern border is a sieve, a dangerous, life-threatening sieve. Criticism of the failure to control that border is, by no stretch of the imagination, an attack on any particular ethnic group. It is a legitimate criticism of the failure of the Bush Administration to protect the nation and of the people who violate our laws.

Rodriguez believes homeland security is at great risk due to the government’s failure to protect the nation’s borders. Rodriguez and his followers want to make it clear that the Hispanic community does not have a unanimous opinion on immigration issues. The organization’s members, scattered through out the country, are predominantly first generation American citizens. Coalition officers are Rodriguez, chairman, and four vice chairs, Mariann Davies, Claudia Spencer, Justin Rangel, and Maria Chojnowski.

“American Hispanics stand shoulder to shoulder with other Americans as our nation and our people face unprecedented threats to our security. If the terrorists succeed in breaching our borders and carrying out another attack, they will not discriminate in their campaign of mass murder. Pointing out that our borders are out of control is not offensive. The failure of either party to do anything about it is offensive, reckless and inexcusable,” said Rodriguez.

There are unconfirmed rumours that You Don’t Speak for Me has ties to FAIR, the Federation for American Immigration Reform, a national, nonprofit, public-interest, organization claiming 198,000 members dedicated to immigration reform. A You Don’t Speak for Me spokesperson didn’t respond to HispanicMPR.com questions on the subject. — Melissa Gonzalez contributed to this article.