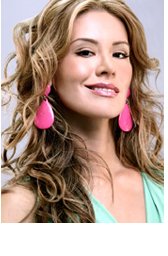 With its mix of English and Spanish-language music and lifestyle programming, LATV has solidified itself as a leading network among bicultural Latinos in Los Angeles, one of America’s top Hispanic markets.  LATV’s content is predominantly in English, targeting bilingual Latino youth.

Using Time Warner Cable’s on demand technology, viewers can watch all or part of LATV’s programming at their convenience, using a remote control to pause, fast-forward and rewind, just like a VCR or DVD.  Among the LATV shows available as part of LATV on Demand are “Mex 2 The Max,” “LATV Live,” “LATV Shadows,” “Request at LATV” and “LATV Late Night.”