KCRW “Sounds Eclectico” to be Released in September 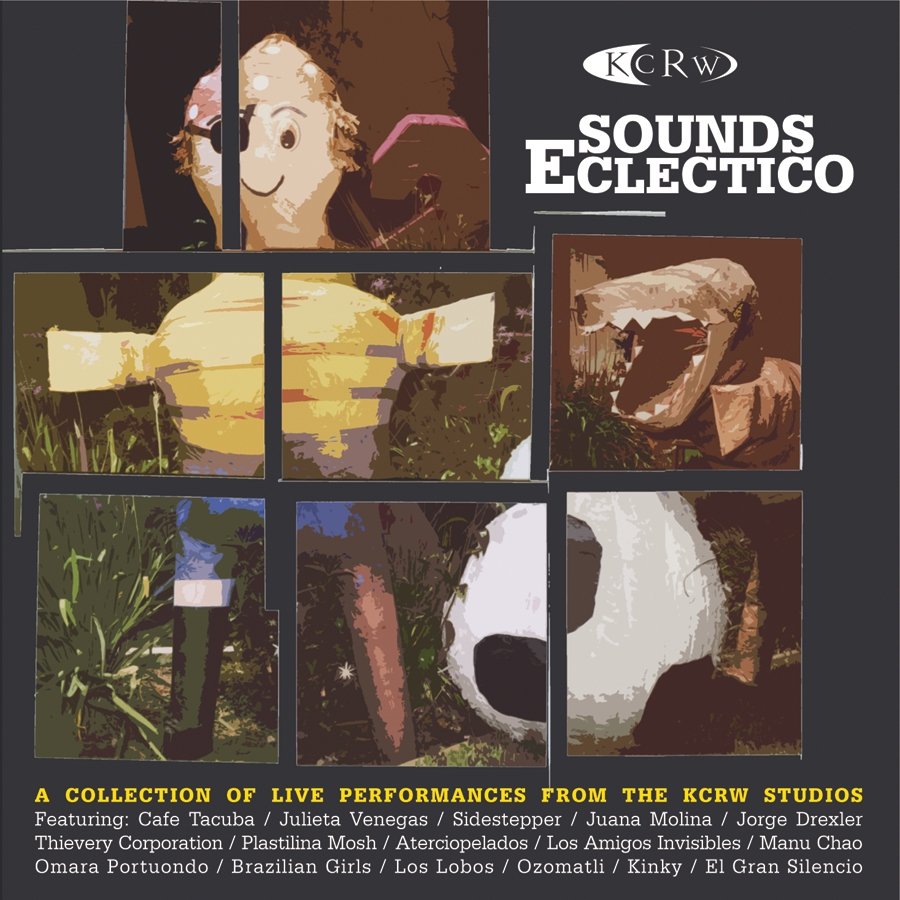 KCRW, in conjunction with ADA/Warner- distributed Nacional Records, will release a Latin-themed live collection entitled ‘Sounds Eclectico,’ featuring platinum-selling artists and some of Latin music’s most popular acts. ‘Sounds Eclectico’ is a compilation of live recordings originally broadcast on ‘Morning Becomes Eclectic,’ the daily freeform music program hosted by Nic Harcourt at public radio station 89.9 fm KCRW in Santa Monica, California.  Some of these recordings were re-broadcast on the weekly syndicated program ‘Sounds Eclectic’ distributed by Public Radio International.  All of the performances were recorded live to two track digital audio tape and/ or pro tools sessions, and can be found archived in their entirety at KCRW.com.

Featuring artwork By Beck, the album is a definitive collection of live performances from many of Latin music’s biggest and critically acclaimed artists on a radio show, ‘Morning Becomes Eclectic.’ Morning Becomes Eclectic has been a rare outlet for Latin alternative artists in America, and Harcourt one of the genre’s most passionate champions.    Among the artists whose live performances appear on the album are Julieta Venegas, Brazilian Girls, Manu Chao, Ozomatli, Café Tacuba, Kinky, Thievery Corporation, Aterciopelados, Sidestepper, and Plastilina Mosh.

Many of the participating acts received their first significant U.S. radio airplay on KCRW.  Set for release on September 13th, ‘Sounds Eclectico’ was co-produced by Nic Harcourt and Tomas Cookman.  Original artwork for the album’s cover was created by Beck. All of the participating artists on the album have donated the proceeds from their live performances to KCRW, with the funds directed toward the support of music progamming on the station.